Introduction
Soundpainting is the universal multidisciplinary live composing sign language for musicians, actors, dancers, and visual Artists. Presently (2022) the language comprises more than 1500 gestures that are signed by the Soundpainter (composer) to indicate the type of material desired of the performers. The creation of the composition is realized, by the Soundpainter, through the parameters of each set of signed gestures. The Soundpainting language was created by Walter Thompson in Woodstock, New York in 1974. 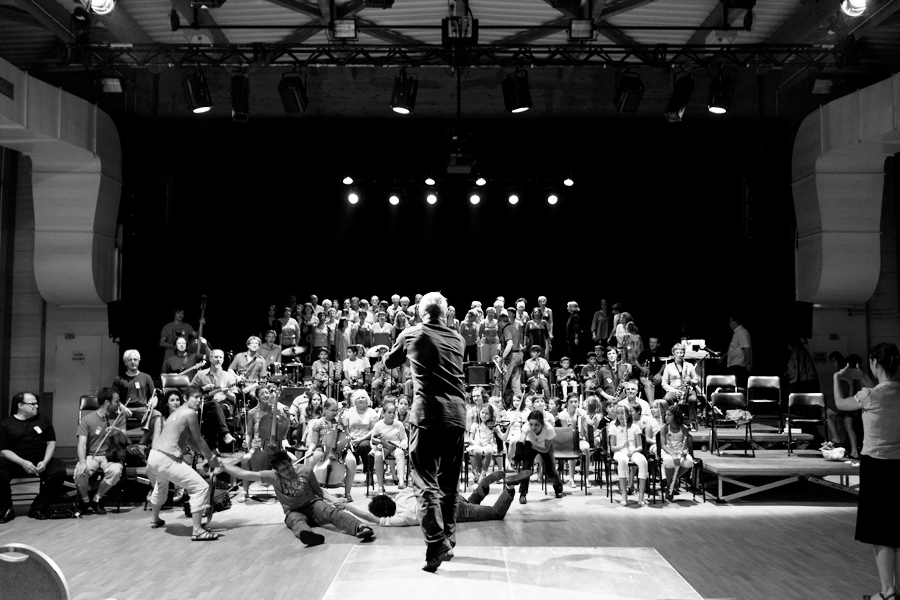 Analysis
The Soundpainter (the composer) standing in front (usually) of the group communicates a series of signs using hand and body gestures indicating specific and/or aleatoric material to be performed by the group. The Soundpainter develops the responses of the performers, molding and shaping them into the composition then signs another series of gestures, a phrase, and continues in this process of composing the piece.

The gestures of the Soundpainting language are signed using the syntax of Who, What, How and When. There are many types of gestures, some indicating specific material to be performed as well as others indicating specific styles, genres, aleatoric concepts, improvisation, disciplines, stage positions, costumes, props, and many others. 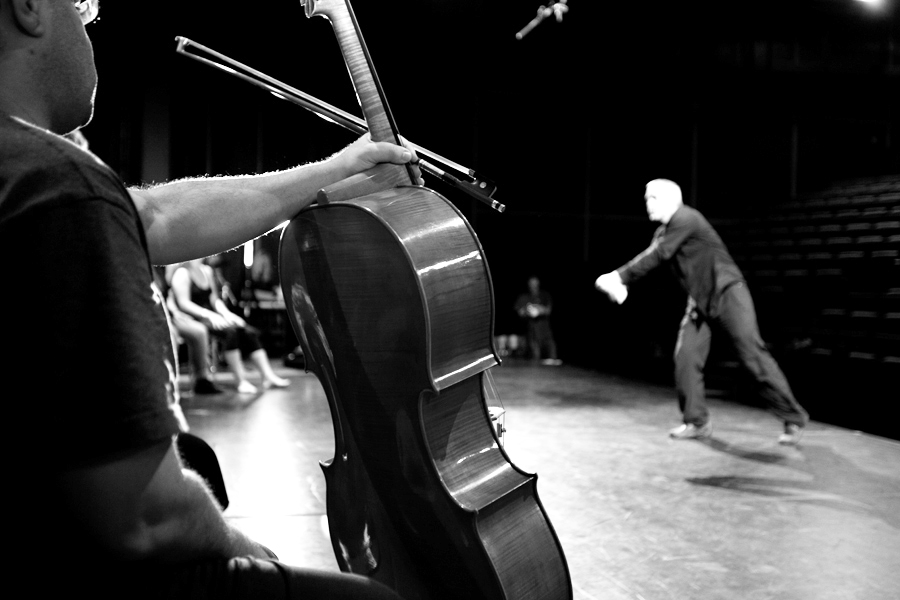 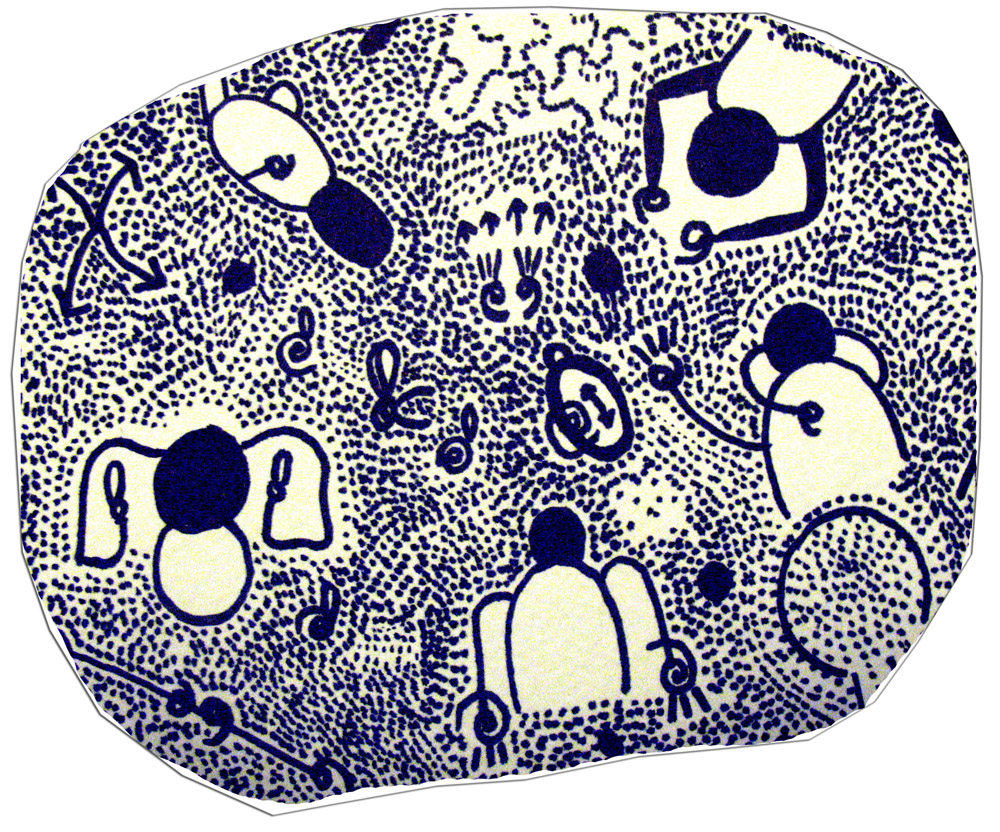 Sculpting gestures indicate What type of material and How it is to be performed and Function signals indicate Who performs and When to begin performing. Who, What, How, and When comprise the Soundpainting syntax. Note: The How gestures are not always employed. The Soundpainter often signs a phrase leaving out a How gesture. For example: Whole Group, Long Tone, Play. If you sign your phrase without a How gesture, then it is the performers choice in deciding the dynamics and quality of the material.

The Soundpainting syntax Who, What, How, When and the two basic categories Sculpting Gestures and Function Signals are further broken down into six subcategories: Identifiers, Content, Modifiers, Go gestures, Modes, and Palettes.

1 – Identifiers are in the Function category and are Who gestures such as Whole Group, Woodwinds, Brass, Group 1, Rest of the Group, etc.

2 – Content gestures are in the Sculpting category and identify What type of material is to be performed such as Pointillism, Minimalism, Long Tone, Play Can’t Play etc.

3 – Modifiers are in the Sculpting category and are How gestures such as Volume Fader and Tempo Fader.

4 – Go gestures are in the Function category and indicate When to enter or exit the composition and in some cases when to exit Content such as Snapshot or Launch Mode.

5 – Modes are in the Sculpting category and are Content gestures embodying specific performance parameters. Scanning, Point to Point, and Launch Mode are several examples of Modes.

Certain gestures such as Point to Point, Scanning, Play Can’t Play, Relate To and Improvise are a few of the Content gestures that include parameters requiring specific rates of material development.

Rate 1: The performer develops their material in such a way that one minute later there would still be a relationship to their original idea.

Rate 2: The rate of development of material is about twice as fast as that of Rate 1. A minute later there would only be a vague relationship to the original idea.

Rate 3: Open rate of development. The performer may develop their material at any rate of their choosing.

There are four Imaginary Regions the Soundpainter utilizes when signing gestures.

2 – The Box: An imaginary space just in front of the Soundpainters Neutral position where phrases are initiated – the place of action. The Box is approximately 2 meters (6 feet) long and one meter wide. Important: Who, What, and How (sometimes) gestures are prepared out of the Box and then the Soundpainter steps into the Box initiating the phrase with a Go gesture. For example: Whole Group (out of the Box), Long Tone (out of the Box), Volume Fader (medium) (out of the Box), Play (in the Box). Important Note: Modifying Gestures such as Volume Fader and Tempo Fader can either be prepared out of the Box, then initiated with a Go gesture or, may be used in real time by stepping into the Box and signing the gesture for an immediate response from the performers.

3 – The Imaginary Staff: An imaginary vertical field 1 and ½ meters (3 ½ feet) just in front of the Soundpainter that indicates low to high pitch range with sound and slow to fast movement with certain gestures such as a Long Tone. Note: The name Imaginary Staff is derived from music language. It is related to the music staff, which is a set of five parallel lines with spaces between them, on which notes are written to indicate their pitch.